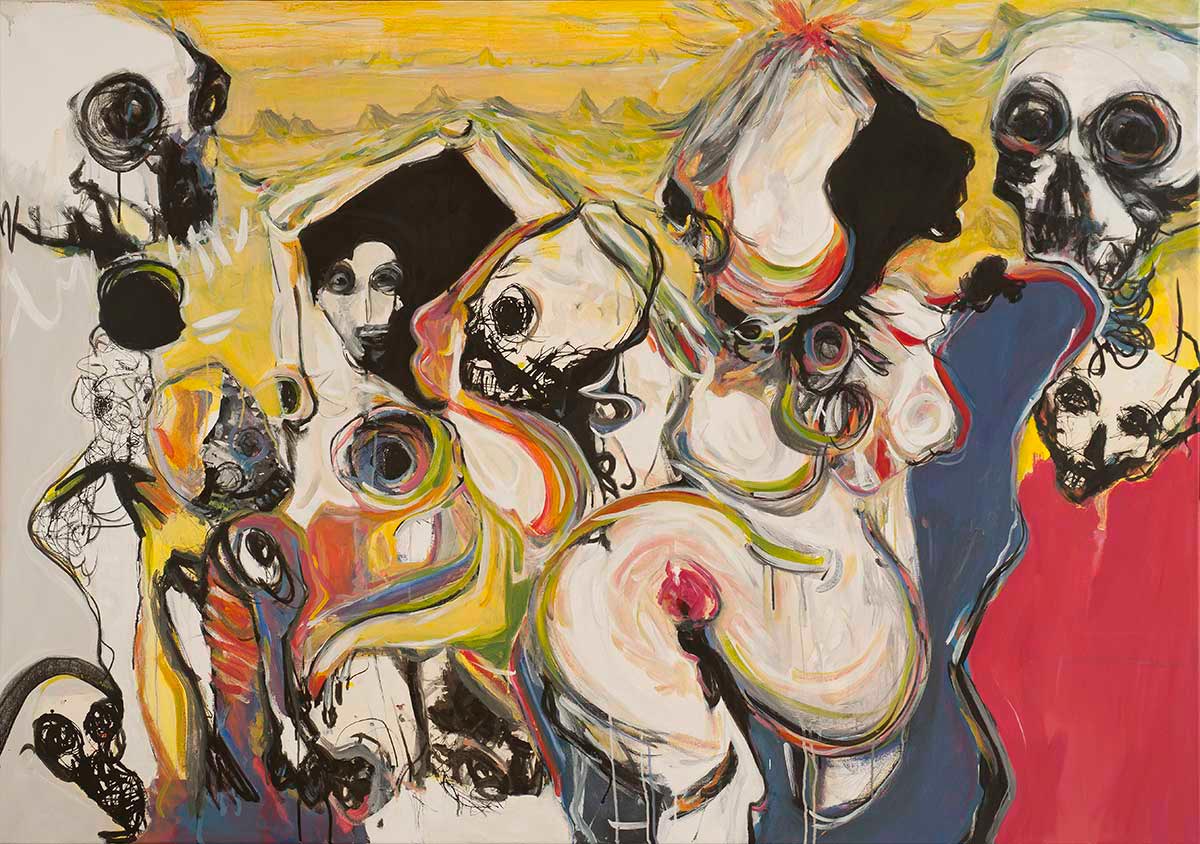 “1” means a its been a whole year since we opened the Gallery, a year of exhibitions, of encounter with artista and a very intense working experience. This Show allows us to make a sort of breafing of all it: Antonio Asensi Gallardo, Nicolas Cluzel, Javier Artica y Cristina Toledo. Along with them, we take advantege to introduce future collaborators: Carmen González Castro, Alejandro Bombín and Christophe Faso.

Throughout this adventure we have faced all the classic questions of what it means to open the doors to the public and, specifically, to the bussiness, intellectual and aesthetic challenges that setting up an art gallery brings.  Focusing on the purely aesthetic, we have maintained our predilection towards figurative painting by establishing a conexion with all that in common that our artistes have, figurative representation apart.

We are referring here to the more intellectual side. All of them are part of a narrative and critical trend that reinterprets the world around them. All of them are interested in their own way to tell us about the world, with their own discourse and aesthetics and, frequently, their worries and mess.

We find in Antonio Asensi a use of local iconography full of humor and acidity, that goes through a collective imaginary and paradoxically deformed scenes, going like no one does to the essence of the Universal. Nicolas Cluzel, openly critical, is inspired by classical painting to enrich his contemporary vision on the consumer society and its implicit crises while, Javier Artica, taking Nature and the Human Being as sources, confronts us with survival under forms of defense and aggression. Cristina Toledo, meanwhile, focuses on the role of women, showing codes of conduct in which the overacted emotions and the absence of naturalness predominate. In the case of Carmen González Castro and Alejandro Bombín, there is a dialogue about the body in its deepest aspect, deforming reality like Antonio Asensi does, to make us feel more real. Finally, Christophe Faso addresses our most intimate self, referring to both myths and mere events, with its most oppressive parts.

In the end, behind their work, a main idea underlies: the burden that comes with being Human, in its widest meaning. Without even realizing it, they end up joining an ideal pictorial trend that could remind us of the French group of Narrative Figuration in the 1960s, mythical for voluntarily taking an intellectual and political approach on their days.  Antonio Asensi Gallardo, Nicolas Cluzel, Javier Artica, Cristina Toledo, Carmen González Castro, Alejandro Bombín and Christophe Faso are among these young artists who could have formed an artistic group at the end of the 20th century. But they live in an age where the very idea of ​​belonging to the group has desapeaired in favor of global individualism.  From our position as instigators of this project, we will continue to reconnect with that spirit and expose brave and interesting artists who are worth to be contemplated and acquirired. We have just signed our first year, hoping to announce promising future years, here or where life takes us.