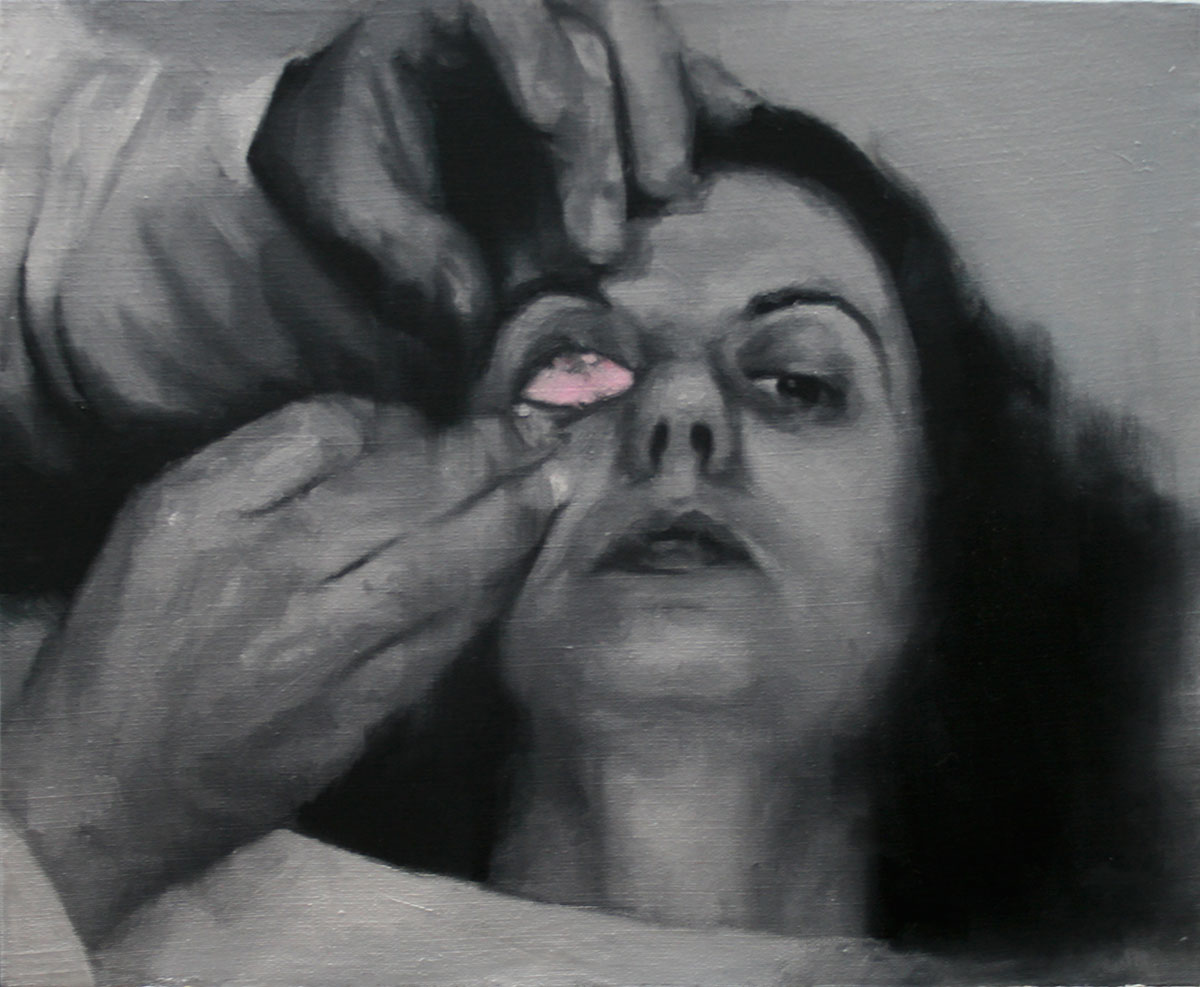 María Carbonell Foulquié (1980) studied art at the Faculty of Fine Arts in San Carlos (Valencia), graduating in 2003. Some of her individual projects are, Fake (Fundación Cajamurcia, Madrid, 2015), Dans l’interstice du silence (L’Escalier Espace d’Art, Montreuil, France, 2014), Those who look / Those who look (BJ Art Gallery, Paris, 2013), Miscellaneous Works (Palacio de Garcigrande, Salamanca, 2013), or Sobre- exposed (Auditorium, University of Murcia, 2012). Throughout her artistic career, she has been awarded different prizes such as the Pilar Juncosa and Sotheby’s and Sotheby’s Awards from the Fundació Pilar i Joan Miró (2018), where she conducts an artistic residency at the Casa Velázquez in Madrid carrying out the project “ Beyond the body ”, artist-in-residence at the VI Encuentro de Artistas Novos ‘Cidade da Cultura’ (Santiago de Compostela, 2016), as well as prestigious selections such as the BP Portrait Award (London, 2011, 2014 and 2015). Among the group exhibitions and projects where he has participated in recent years are, ARCOmadrid 2019 (Galería T20), SALÓN-TEATRO. The head before the eye, curated by Sema D’Acosta (Birimbao Gallery, Seville, 2019), Print (Galería T20, 2018), Mano sobre Mano (ABC Cultural stand at ARCOmadrid 18), ARCOmadrid 2018 (Galería T20) and the Miquel Navarro Biennial of Mislata (Cultural Center of Mislata, 2017).

María Carbonell’s work fully belongs to her time. Her figurative painting with narrative references tracks subjects of the current questions of our society. Openly considering herself a feminist, she takes inspiration from current topics such as the action of Femen and then makes portraits of modern women. She gets her style of “dynamic painting” thanks to the use of acrylic and spray.