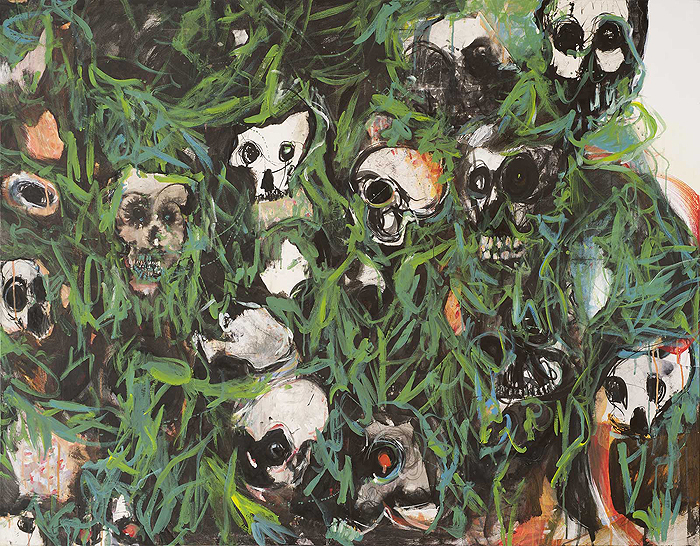 Christophe Faso, full name Christophe Fasolato, was born in 1975 near Toulouse. He has lived and worked in Paris since 2003. He has exhibited individually in several galleries in the capital (Arthetic Galerie, Galerie l’Atelier, Galerie Amtares) and has participated in numerous art fairs and fairs (Mac Paris, Rdv d’art, Paris Artistes, Comparaisons, Biennale 109, Salon des artistes français, Figuration critique, Salon d’Automne …). He has collaborated in a group exhibition at Galería Tournemire in 2019. Several renowned art critics wrote about his work (Christian Noorbergen, Marion Kling). He is also a member of the Fondation Taylor, a major association of artists in Paris. He receives various painting awards, of which Prix du Sel (2016, Sèvres), Lauréat de Pintura Mac Paris (2011) or Prix de la Presse Salon A2pac (2006). His works are present in three collections in the Gers, in Hauts-de-Seine and in Val d’Oise.

Christophe Faso’s work is part of Expressionist trends. His universe, made up of hybrid characters, is both calming and worrisome. The staging reminds us of realities of our daily life, for which his painting not only expresses an emotion but also formulates some criticism.