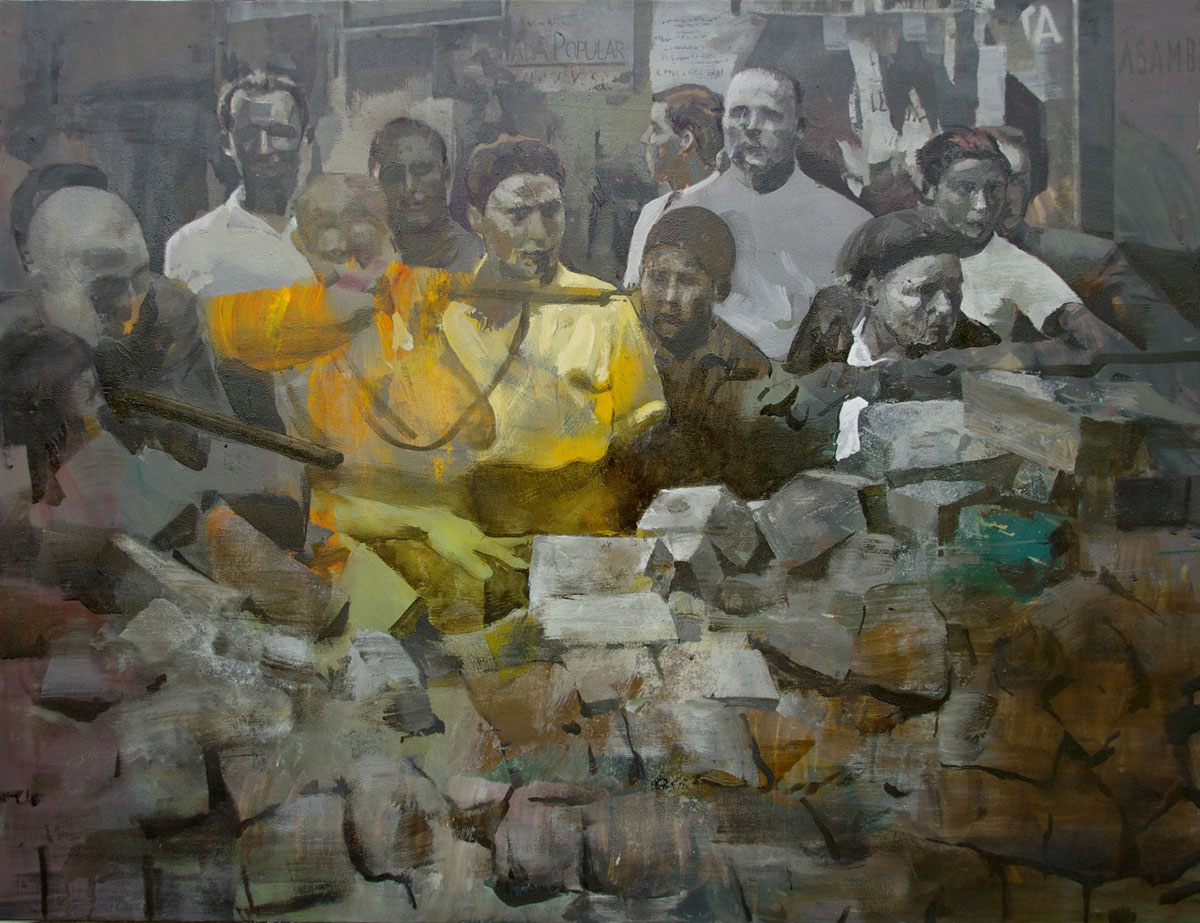 Just reading the title of the exhibition leads us to immediately think about aggression. And in protection as salvation. Javier Artica makes in his work a personal review of certain defense mechanisms applied to human beings or Nature through either rush, meticulous planning or the just the development of adaptive characteristics as a result of evolution.

In both cases, there is a permanent state of defense generated by the continuous fight against entropy. Survival thus, acquires a connotation of struggle, obviating stability as the enabler of everything last-longuing.

There is a constant allusion to reactions to an attack or external danger, to how we protect ourselves like an animal behind its shell: parapet, barricade, trench, lifeboat. Beyond the reference to a specific conflict, the artist shows fragments of defense means, also proposes concealment for the sake of aggression along with the perspective of the aggressor, as well as his need for protection. In hig regard, it highlights certain behaviors: some cover their faces in the name of an ideology or religion. Others hide behind sunglasses.

In the case of makeup as a primitive-instinctive defense of a certain pop culture character, not her fame but the high level of aggression to which he is exposed in that médium prevails, becoming that way a tool at the service of camouflage, of persuasion, just like war paintings.

And on the other hand, Nature, wrapped in a becoming reaction against her own attacks. This is why Javier Artica resorts to stones, embodying a random attack on the environment in the case of the mountain that ends, paradoxically, being a limit, closure and protection for countless species, making us think of Chance as an environment builder. It is these same stones that the human will later use to protect himself from some of the aggressions generated by the systems created by himself.

As a painter, Javiar practices a soft and extended brushstroke on the edge of the blurred, fading after a vibrant touch. The faces become anonymous portraits of distant or forgotten people and the inorganic is reflected in an unreal way. Despite the apparent softness, the execution hides an expressionist touch perhaps more evident in its collages, where he unleashes a surreal universe full of criticism, humor and absurdity, very much in line, certainly, with that means of expression.

Like most of our artists, Javier Artica expresses himself about the world around him, using universal questions, common realities. That is why his works seem to take us to known places or, in any case, ever imagined ones.